"There are certain areas of the old world where men, dwarves, orcs, and other species are engaged in the recollection of a particular yellow kind of gravel which can be used, after extensive brewing, for various purposes such as developing weapons, making tools, cooking, etc.
The burrows that lie where they extract such gravel can be of several different sizes, but some because of their generous dimensions provide shelter from the elements and give way to beautiful mansions, ballrooms and even some impressive stadiums of bloodbowl.It would almost be paradise on earth, were not the relatively low ceilings, the dull sights, the awkward scent and an unpleasant tendency to have all kinds of stuff falling on it's inhabitants heads at the slightest quake or even at some higher volume or pitch sound... "

House Rules : Quake on the Mine!

The house rules for this year tournament where directly related to the Kick-Off table:
some of those rolls - namely #3, #5, #6, #11 and #12, would trigger an house rule event on such "unstable mining cave" environment.
Game wise when these happen, and right after the normal kick-off was resolved and normally applied, the coach whose team was attacking would place a "Mine Event" token anywhere on the pitch.

This token would then be scattered (d8+d6), and then the player on defense would roll on a table to find out what exactly happen on that part of the mine:
On a 1 or 2, an heavy rock would fall on the spot of the marker - any player on that square could try to avoid it by dodging out, to avoid a roll straight to injury!
On a 3 or 4 a landslide would occur, and all the players in that square and all eight adjacent would "slide" to a scatter direction (d8).
On a 5, a fresh water stream would show in the spot and turn into a "Fizzly Water" token that could be collected by the first player to pass by the square - this would have the same effects on KO'ed players as a Bloodweiser Babe, for the rest of the half.
On a 6, a gem would fall from the top of the mine, and when collected by any player, would translate into a "+1 Team Reroll" for the rest of the half. 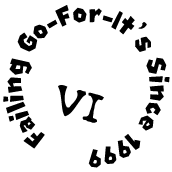 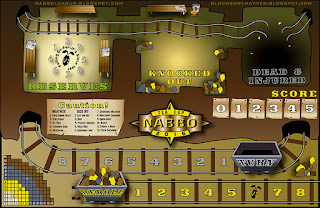